The script for super-sedans generally follows a pretty predictable arc: manufacturer introduces hot, race-inspired model in order to give its luxury sedan customers something to step up to, or show off with; over time, though, bloat sets in and the super-sedan becomes a merely super-fast sedan, its sharp edges worn away in the chase for higher sales volumes and increased customer satisfaction. 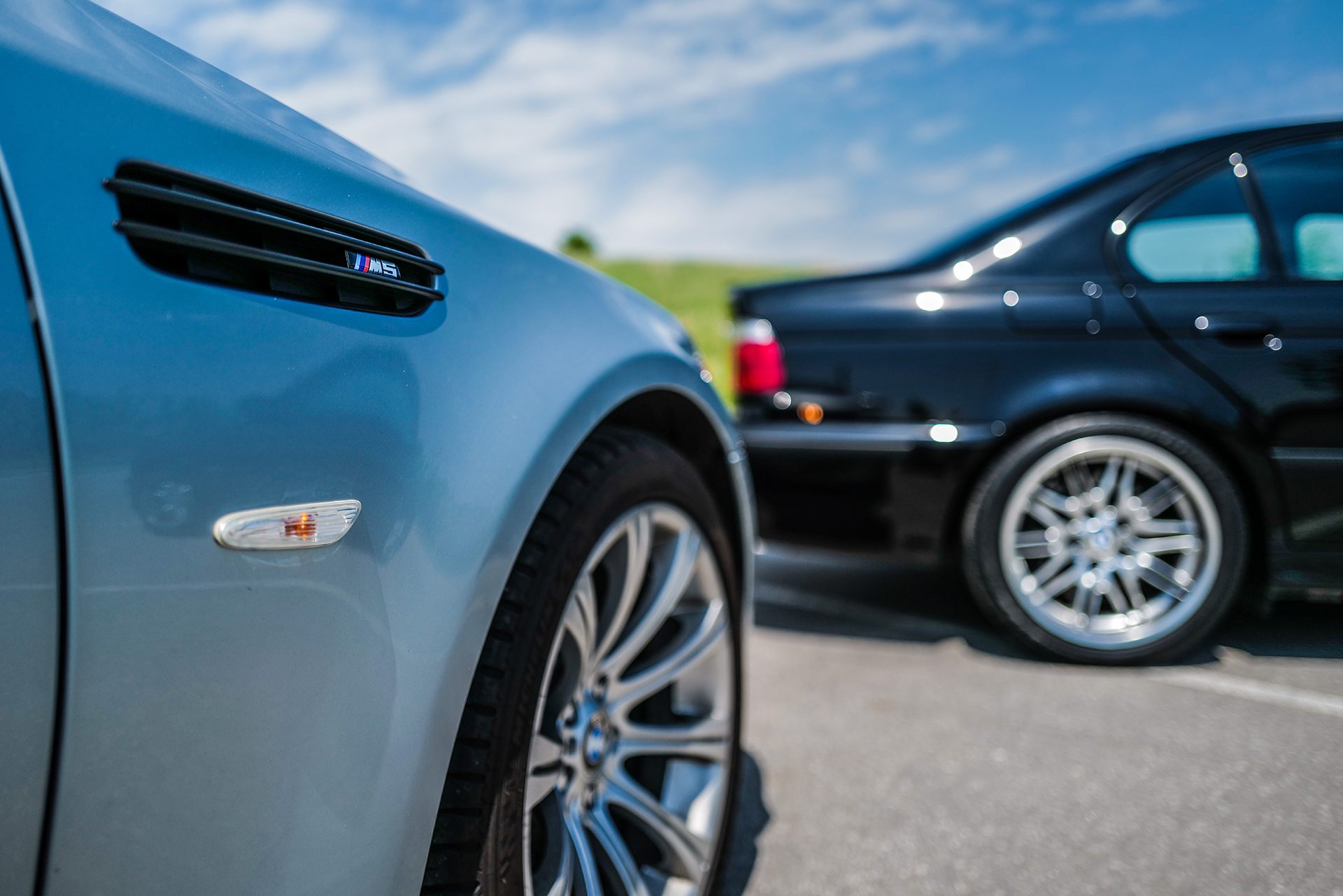 None more so than the E60 M5, first introduced in 2005, and represented here by this beautiful 2007 model with 72,000 km on its digital odometer. Launched during BMW’s Formula 1 years, it packed under its sharply sculpted hood a screaming, naturally-aspirated high-revving, 500-hp V10 that bucked the norm of big-displacement, forced-induction eights so in vogue at the time.

BMW’s M5 is arguably the car that wrote the original super-sedan script, with an inline-six pulled straight out of the M1, a five-speed manual, and racy handling. Yet it is also a car that, while getting bigger over time, has also steadfastly refused to follow a predictable arc. Every M5 has been different, every M5 has been special, and every M5 – even the current, all-wheel drive, automatically-shifted, turbocharged model – has had an edge.

Stiff, tough, and with more than a little bit of edge, the E60 M5 is not a car that likes mooching slowly around town like the luxury car its interior suggests it is. It comes alive only when the tachometer swings past 6,000 rpm, and the chassis really starts flowing at about 50 per cent over the speed limit. In 2007, Formula 1 was still dominated by high-revving V10s, and remarkably, you get some of that flavour in this big sedan, the way its throttle instantaneously summons revs and power from the engine room, and in the tingle you feel through your spine and fingertips every time you drive it.

Most E60 M5s came fitted with a sequential seven-speed single-clutch transmission that further added to the F1 vibes, but also made for head-tossing, neck-jerking progress at lower speeds around town. This example is one of the very rare examples with a six-speed manual transmission between the big 10 and the rear wheels. It simultaneously makes the car an easier, more civilized car to live with in town, and even more involving to drive aggressively. The manual’s six ratios aren’t exactly the perfect match for the 10’s power delivery, but with attention and concentration, you can still get the most from the engine, holding it in the gears you want and surfing the noise without electronic intervention.

The rest of this (colour’s) car’s package is as intense as ever, the fat three-spoke steering wheel controlling perfect steering, the handling edgier than the sedan looks would lead you to believe, and the interior electronics up-to-date enough to live with on a daily basis. The manual’s rarity makes it that much more desirable. 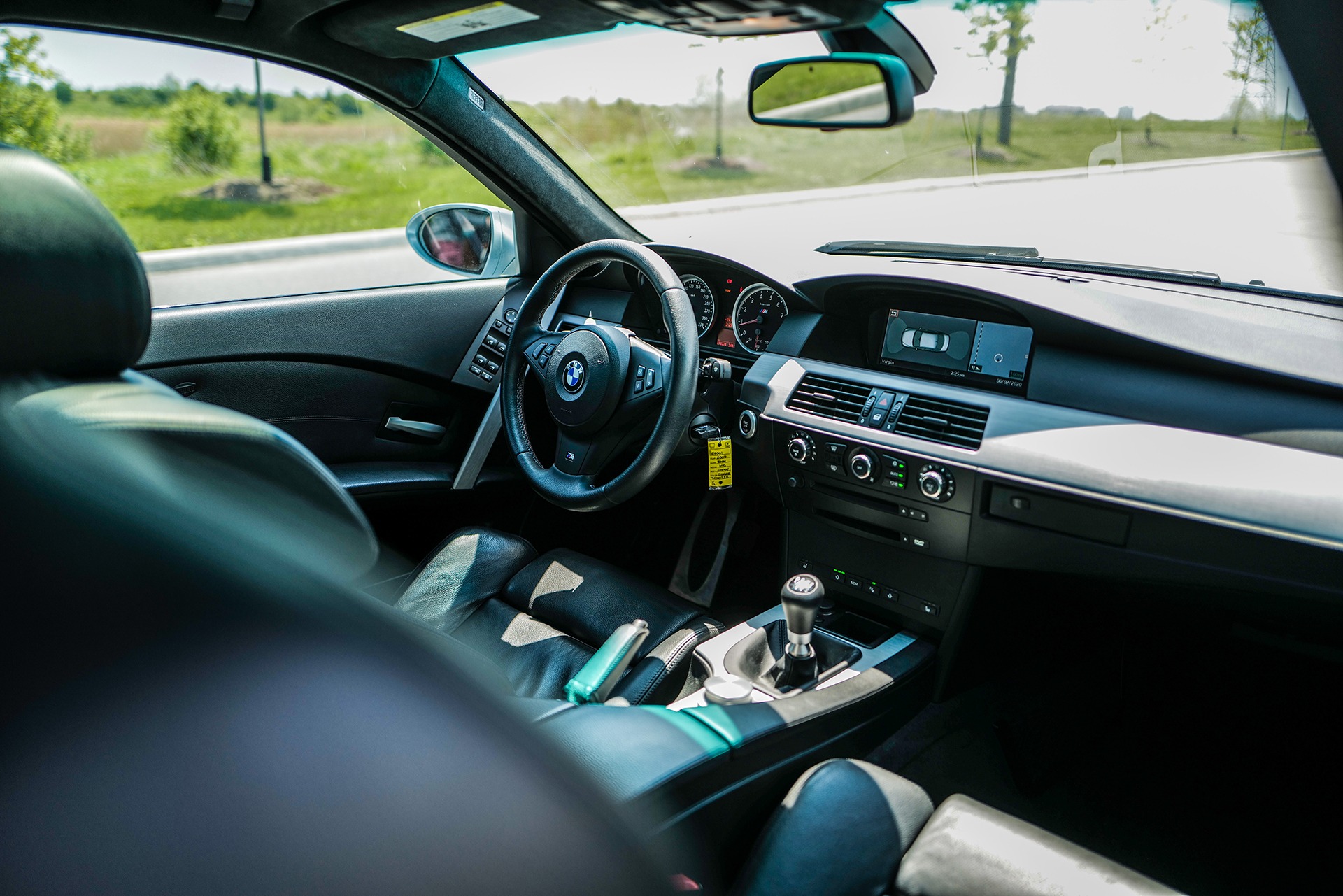 Launched in 1998, the E39-generation M5 was, like its predecessors but unlike the E60, designed as a manual from the start with a slick-shifting six-speed. The first M5 with a V8 – a format that BMW has revisited with the last two generations – it upped the cylinder ante from the straight-sixes of the E28 and E34 generations, and was the first M5 to hit the magical 400 horsepower mark. In terms of luxury and features, it was a massive step up from the E34, packed with technology and built with incredible solidity and precision.

Yet, in driving terms, it sacrificed none of the purity of the original M5s, with laser-sharp steering and a perfect balance that helped it dominate every road. Ride quality was also one of the major plus points of the E39 generation, and the M5 was no exception; it still feels magical in the way it carves corners while filtering out even the worst of bumps. The engine is far less extreme than the E60’s, but is also much more flexible, with plenty of torque at low revs and a rich baritone sound as you row through the gears. 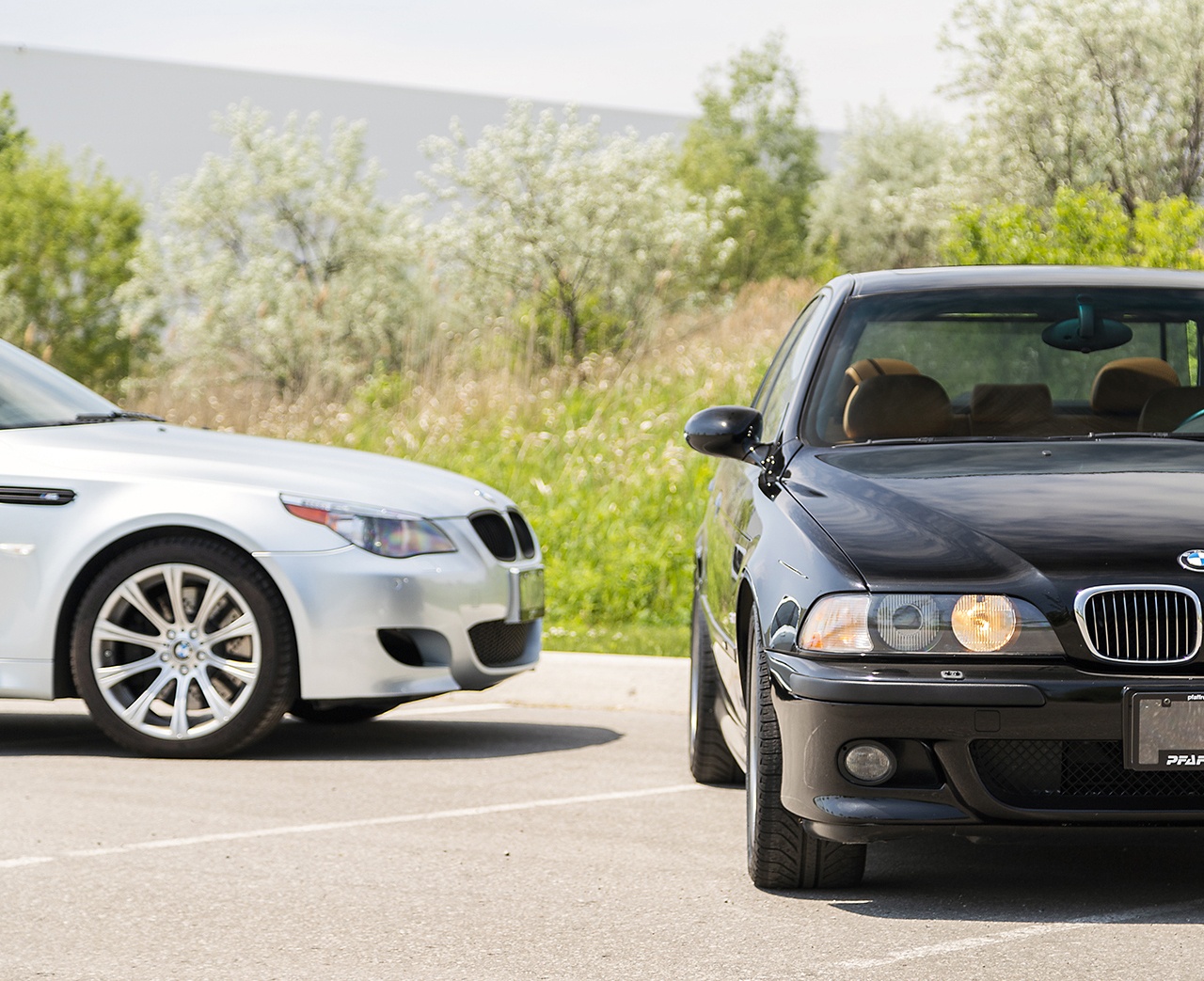 Compared with the E60, the E39 is a calmer, less edgy drive, more rounded in its responses, calmer in regular driving when you’re not really going for it, and a more relaxed highway cruiser. It is, in my mind, the perfect size for a luxury sedan, with plenty of room inside, but significantly more compact on the outside than the current M5. The jet black on caramel colour combination of this 2000-model year example is also effortlessly classy and subtle, suiting its dual-purpose mission to a T.

The E39 M5 was the first M5 I ever drove, and I think it may have been the first car with 400 horsepower I ever drove too – and as such, it left quite an impression on me at age 22. It hit such a sweet spot back then between performance and luxury and desirability that in many ways I still consider it to be the ultimate M5. For my own driving patterns, which involve more road than track use, its well-roundedness makes it the more appealing car; but if you’re looking for the most extreme expression of M5, the E60 definitely the way to go.