When trying to correlate the past with the future, the most obvious path to look down is the one someone’s traveled before. But, what we sometimes fail to realize is that along that path, interactions can happen – meaning one path can actually branch out in different directions. The same message, reincarnated by another.

Today, I find myself in presence of two pieces of automotive history. One has already reached legendary status. The other is starting to find its footing. 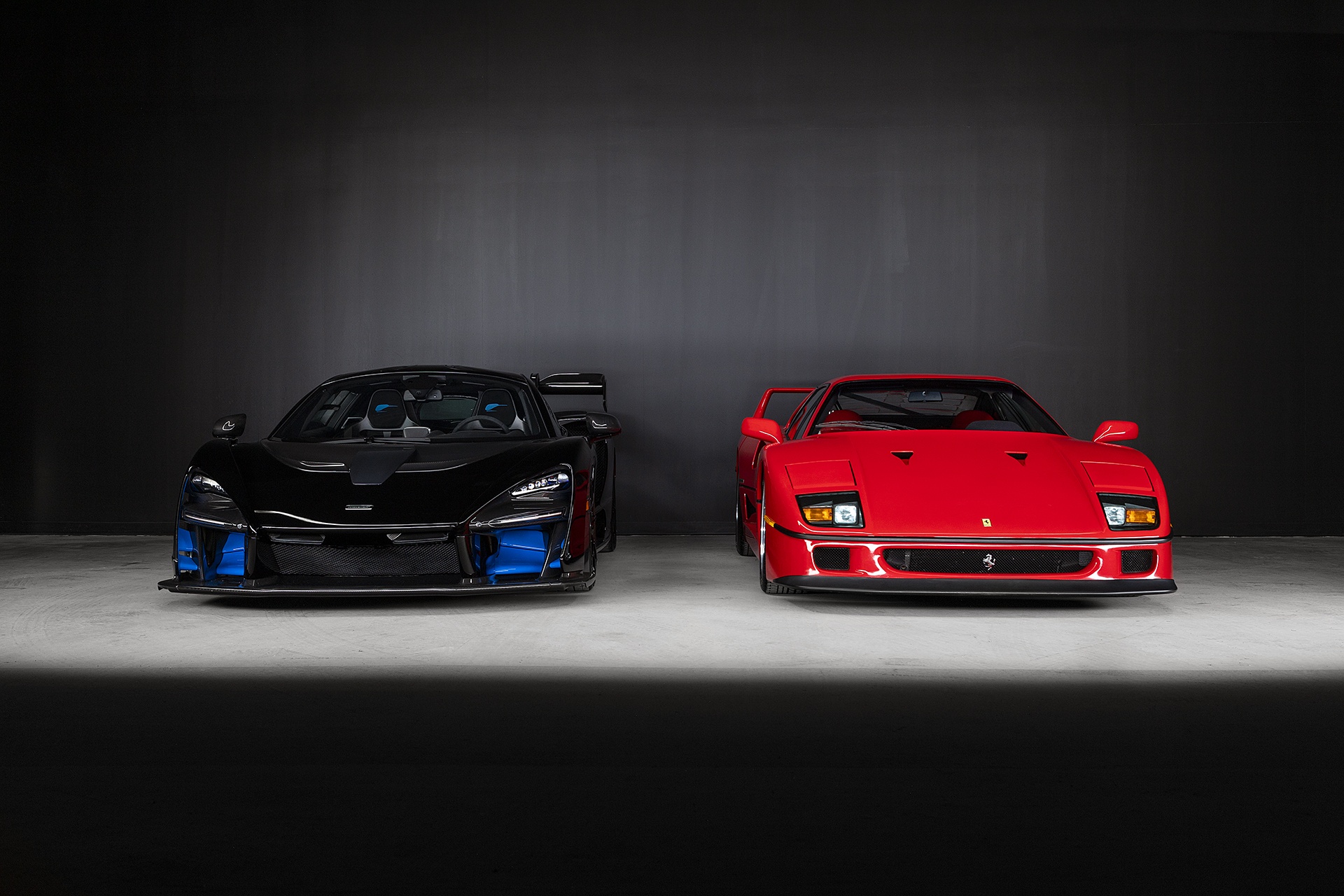 For now, let’s go back to the beginning. Back in the early 1980s, there was something crazy going on.  Something we’ll never see again in our lifetime, but it found its peak during the 80s. Horsepower: strong, brute, and unforgiving turbocharged horsepower! F1 was addicted, sports car racing was addicted, prototypes were addicted and even the Americans were addicted. There didn’t seem to be any limitations, something exemplified in the FIA Group B road/rally racing cars, where it was no holds barred. Tiny, feather-light cars were being built with small engines with massive turbos strapped to them. Aero packages had zero apologies for size and placement. And finally, tires were wider than they were tall. It didn’t really matter – make power, put it in a car, and put it to the ground.

The development race in this series spawned two of the greatest supercars ever made. Porsche was already well underway in 1986 when so many accidents and deaths took their toll and the series was discontinued.

What does one do with so much development and nowhere to race? Look to the road and start converting. 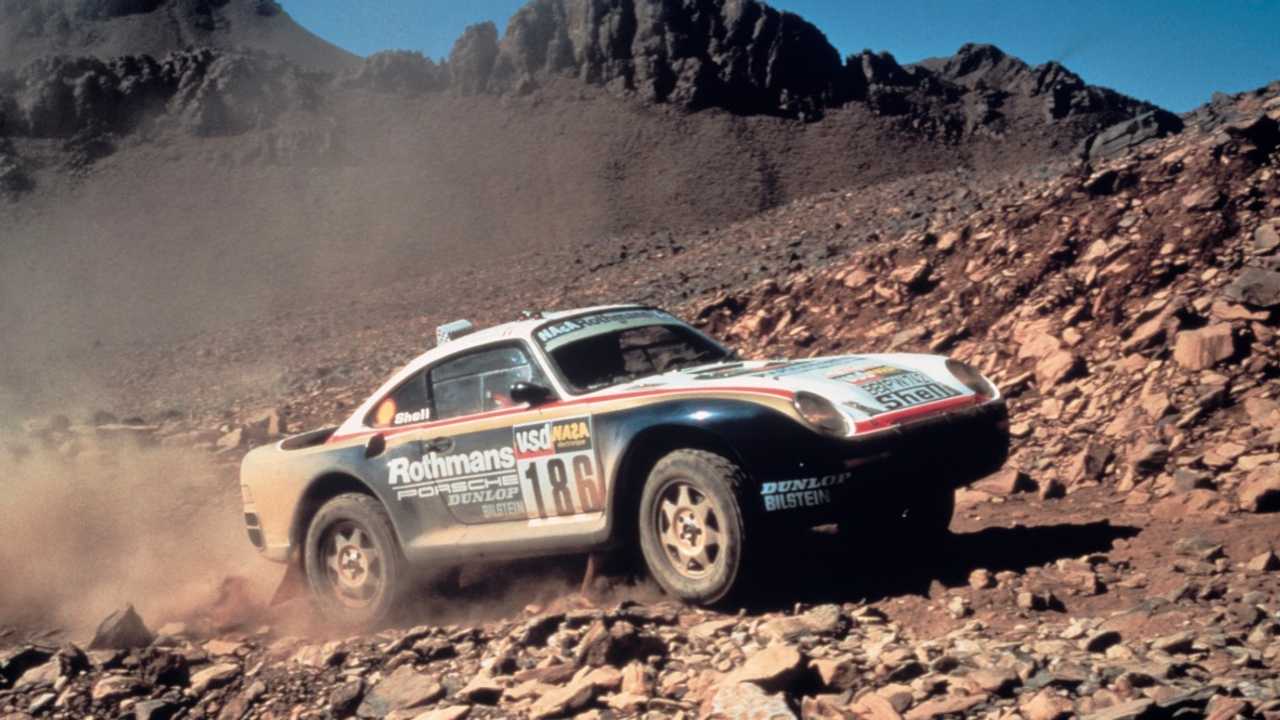 In 1984, Ferrari was already on the same path with the 288 GTO Evoluzione; it was taking shape to join the circus, but when the series died, it also found itself in Porsche’s shoes. From there, development shifted, and Nicola Materazzi went to Enzo to save his project. It would be the last green light given by Il Commendatore, as he would pass just a couple of years later. The Evoluzione was a race car converted for road use – and the bodywork design was given to none other than Pininfarina, Leonardo Fioravanti, and Pietro Camardella would hone the scoops, ducts, and wings into what I can only describe as one of the most visually gripping cars in history. But when it comes to design, that’s also where it stopped.

Nicola certainly didn’t want anything to soften his car, and the F40 would make its debut as the most track-focused road car in Ferrari’s history. The F40 would have zero compromise, only what would let it onto the road. If it was graded on its pursuit of road-going execution it would be a 51% – Just pass that damn thing! Get into an F40 and you find zero luxury, zero refinement, zero fit, zero finish and much attitude. You open the door and feel nothing; you see the paintwork, seal work, and finishing to be just like a race car. It’s great from about 10 feet away, and it’s amazing how an I-don’t-give-a-f*%# attitude can be so infectious. 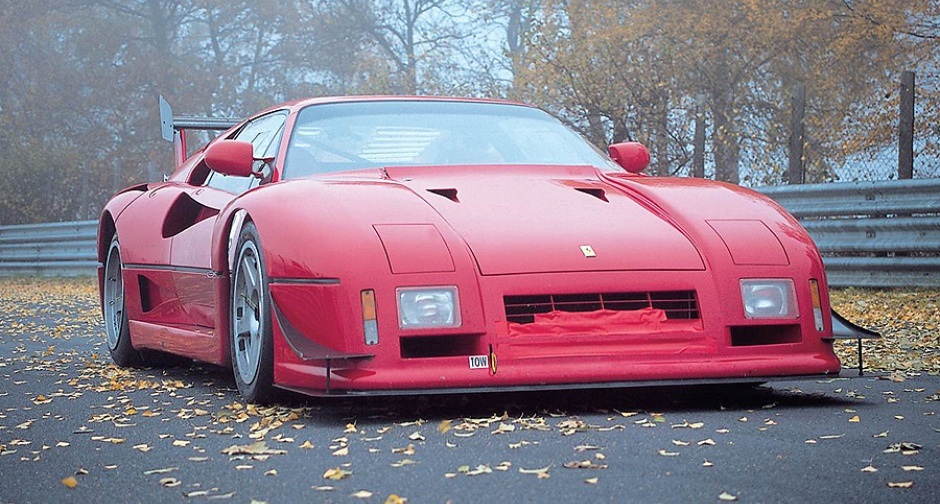 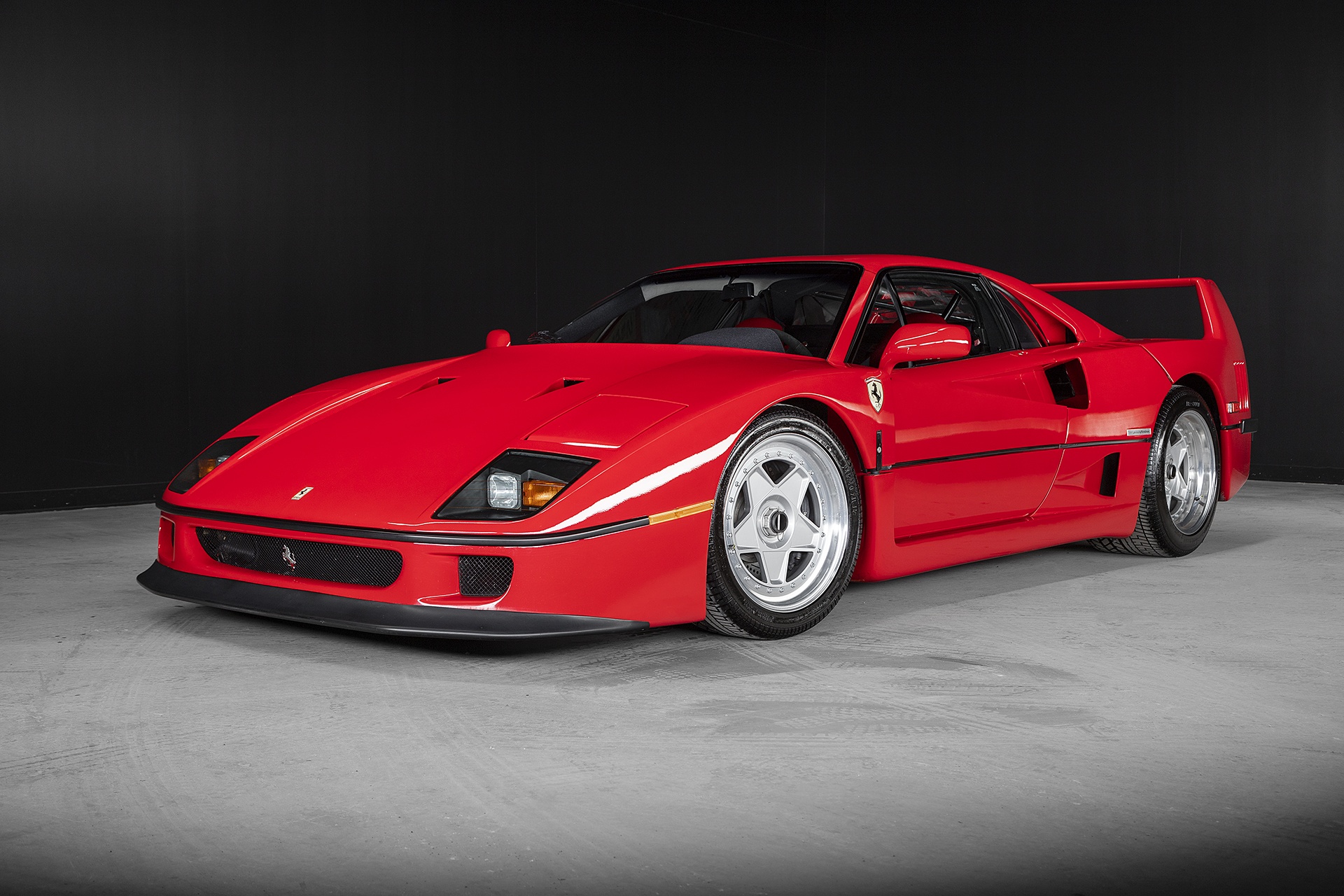 I’m not going to go heavy into numbers here, but the combination was simple. Twin-turbo small-displacement V8 engine, mated to a five-speed gearbox, placed in the middle of the car, around which was wrapped a carbon kevlar body and a carbon kevlar tub. The F40 powered past the 200mph mark and set the world on fire. It’s not really something I can explain in words or through pictures, but when you touch it, sit in, start it, drive and lay into it, you know. The purity of the route to this final result has not been matched.

Well, not until now. 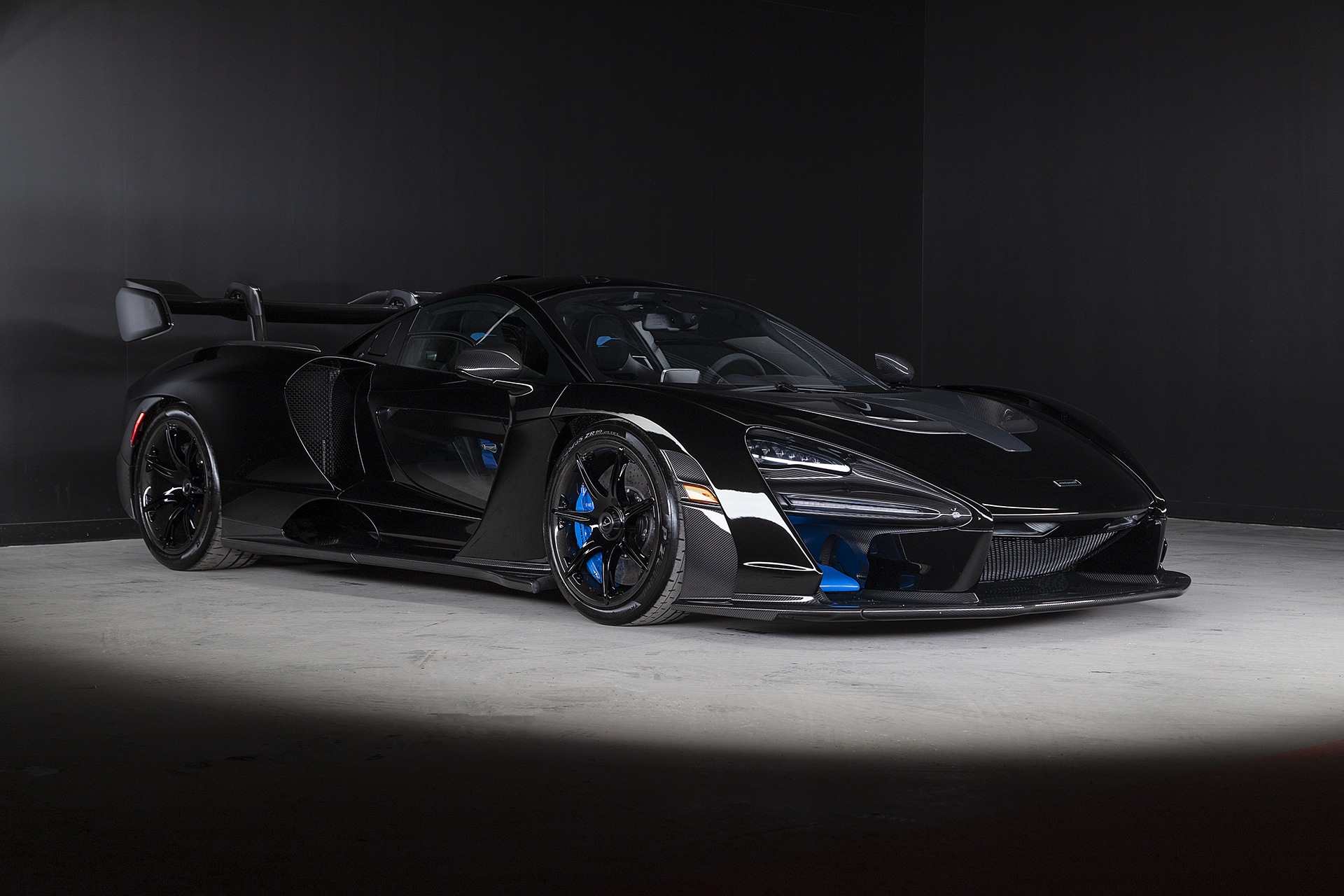 In 2018, when McLaren was announcing another car in their Ultimate Series, they described it as brutal. We were told it wasn’t a P1 replacement. We were told it’s not a road car first, so we had no idea what to expect. Brutal can mean a lot things – usually never positive – but that was the word. Of course until its unveiling at the McLaren Winter Ball, nobody knew what we were going to see. I have to admit myself that when I saw it for the first time it was, well, exactly what they said. Brutal! Of course, at this point I still didn’t really understand enough about the car. As our McLaren store was inundated with information the message was quite clear. Lightweight, big power, big aero and no gimmicks. 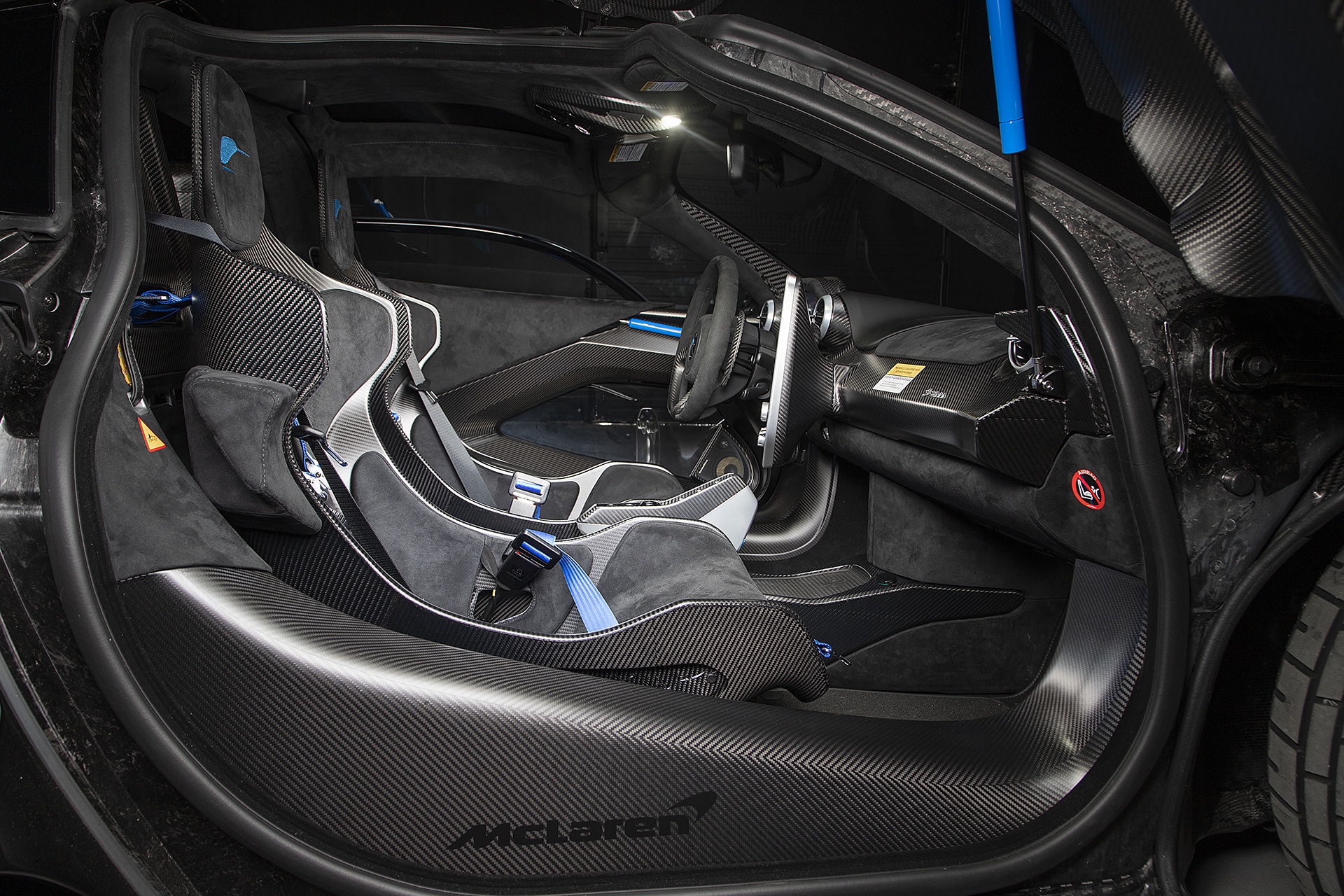 When a manufacturer positions a car like this, the look of it starts to take on a different meaning. What was supposed to be beautiful now becomes all about function. And then the function becomes beautiful. When the first Senna landed, I was on hiatus; one car was spec’d in the full launch colours and the other was the car I spec’d for Chris Pfaff. When I had heard the car landed, I rushed to the store. I needed to touch and feel the car.  When I laid my eyes on it, set at race ride height, PDI’d and clean, I was blown away. What I thought was a road car took on the persona of an LMP car or something.

As my awareness of the Senna continued to evolve, we delivered all our sold units, and managed to scoop this beautiful black specimen you see in these images. During this time I could only draw comparisons to just one car, and for so many reasons. The one and only F40.

When we acquired our F40 recently I couldn’t wait to put them side by side. For once I could confirm my feelings. After driving both cars, seeing the way they’re manufactured, and looking closely at the details, there is no question to me that the Senna, otherwise known as P15, is an indirect descendant of the F40.  Although I can never see McLaren admitting something like this, it’s inevitable that the spirit of the F40 lives in here. They share just about everything in common with one another – if there is just one thing that isn’t, it would be the gearbox, which I would argue the F40 would have, had if the technology been there at the time.

Today the Senna holds numerous road car track records. Its absolute “brute” approach to performance mimics the F40 in every way. The beauty is in the function, the minimalist construction and direct path to an end result – which is maximum performance. The P1, the LaFerrari, the 918, the Enzo, the Carrera GT, and the SLR all have one thing in common that these two cars don’t. They’re diluted by a focus on form and beauty. They’re actors on a grand stage, posing as the best and while they all bring something unique to the table, they’re not built to work.

True descendants have one very strong factor in common. In this case it’s their sense of purpose. The F40 and the Senna 30 years later were built to do one thing. Work very hard – and not care what you think of them.