Drive A Nissan GT-R In Calgary 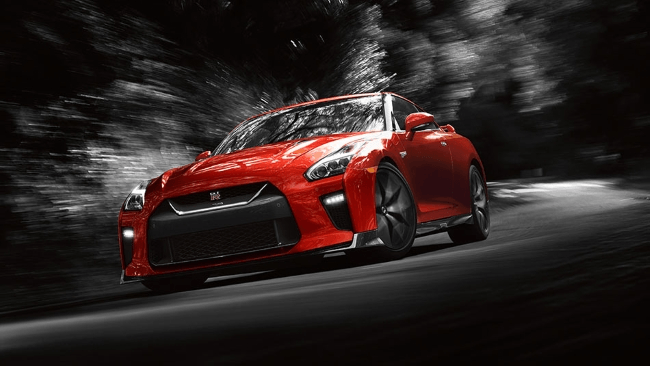 Drive A Nissan GT-R In Calgary

The Nissan Gran Turismo Racer, more commonly known as the Nissan GT-R, is one of the most iconic performance cars of modern history. For six decades this model was the flagship of Japenese performance, and since then, has set a precedent for hardcore performance and speed worldwide. In this article by Pfaff Reserve, we are discussing the heritage of this iconic machine, and exploring how we can help you drive a Nissan GT-R in Calgary this spring.

In 1964 the Skyline 2000 GT was born on the tracks, when the Japenese company known as the Prince Motor Company took the earlier design of their luxury saloon, the Skyline as a base, and added significant performance modifications to transform the vehicle into an instant success in the world of racing.

Prince Motor Company was consolidated into the Nissan-Datsun brand, and a new era of performance vehicle was born. In 1969 the first true high-performance model was unveiled, as the Nissan Skyline 2000 GT-R made a show-stopping appearance at the Tokyo Auto Show. But after just one win in the 1969 JAF Grand Prix, production of the GT-R was nixed due to the oil crisis.

A new GT-R was not seen again until 16 years later, when the 1980s saw a revival of this stunning machine, and the R31 model was introduced. Not as much as a success as Nissan had hoped, they revitalized the model, producing the R32 which boasted 320 horsepower and introduced the use of four-wheel drive, and wore the badge of GT-R proudly.

When the Skyline was still just a saloon model, it appeared in several of the Godzilla movies, but it wasn’t until 1991 when the R32 GT-R stunned everyone at the Australian Touring Car Championship and was referred to as ‘Godzilla, the monster from Japan.’

In the years following, Nissan continued to outdo themselves, and in 2001 the most legendary Skyline GT-R was born in the shape of the R34 model when it was made famous in the 2001 movie The Fast And The Furious. As the most powerful, most technologically advanced GT-R, tuners were known to extract over 800 horsepower from this car.

The R32 model and onwards was banned in the United States due to emissions regulations, and wouldn’t become available for the market again until 2007, when the ban was lifted. Around this time, the Skyline moniker was dropped, and this performance monster was dubbed the Nissan GT-R, as it is known today.

With such a rich heritage and a legacy of performance and speed, it is no wonder this Hollywood showstopper has become the iconic super car that it is. If this information makes you more excited than ever to drive a Nissan GT-R in Calgary than we here at Pfaff Reserve can make it happen.