A Mark in McLaren History

This car is a completely different beast than the 650S that it is based on. I have been fortunate enough to get quite a bit of seat time in the 675LT; where a 650S can be described as a more refined supercar, the LT is very raw and engaging to drive. It has a lot less sound deadening compared to the regular production car as well.

The 675LT is so planted it feels like you’re driving on rails. You can rev it anywhere in the powerband and the power keeps on coming. In most cases, you run out of road before you run out of power. One of my favourite things to do while aboard this machine is to roll down the window and listen to all the beautiful noises from the engine. The wastegate whistle and backfires from the exhaust are one of the most satisfying experiences someone can feel behind a wheel.

I still remember when the team was out at Area 27 racetrack in 2016 and Chris Green set a street-legal car record with Chris Pfaff’s Chicane Grey 675LT – beating out all similarly priced Lamborghini’s, Ferrari’s, and Porsche’s. 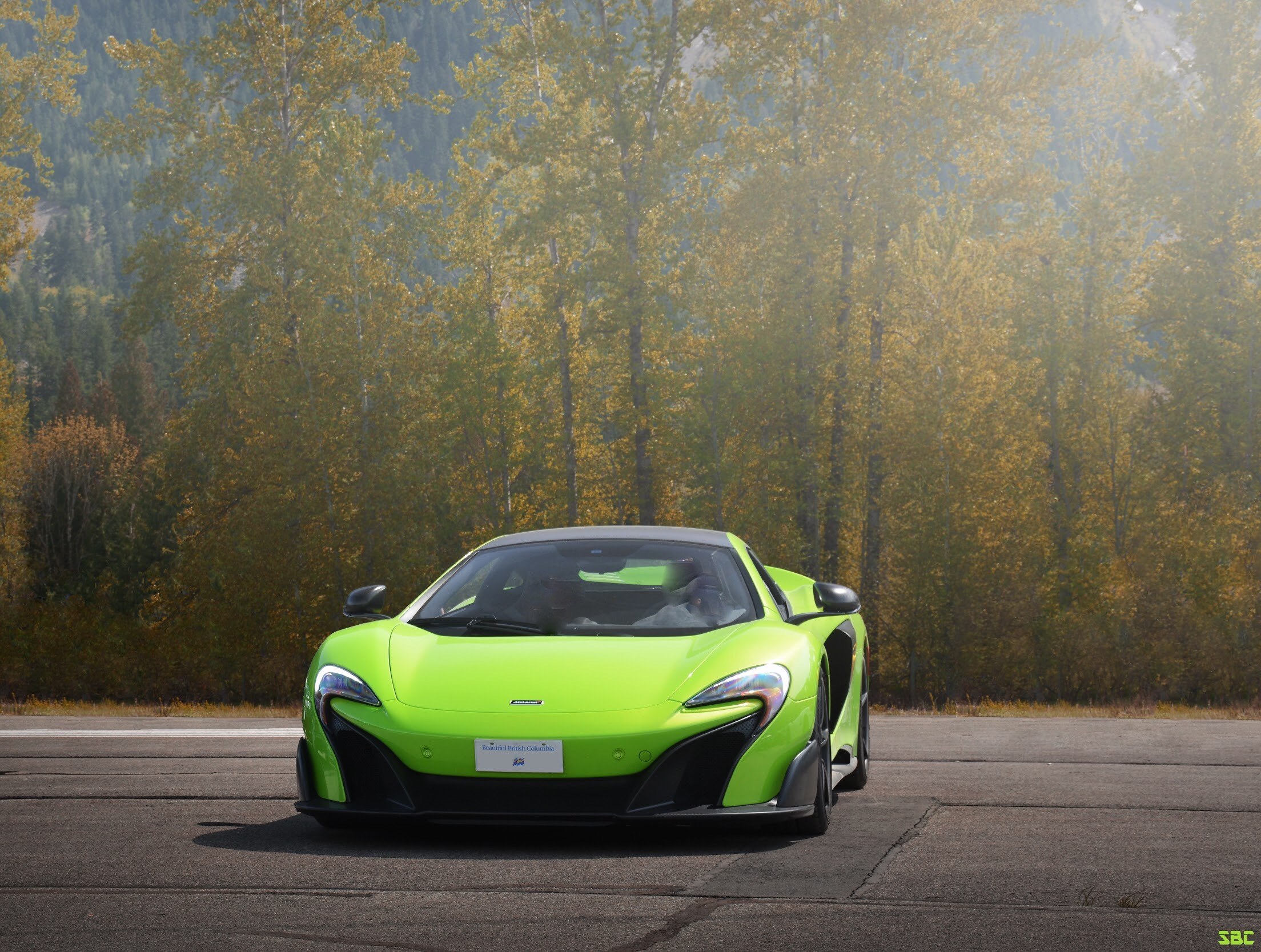 Why would someone purchase this car over a similarly priced 720S?

In terms of performance figures, these cars are almost identical, with the 720S inching ahead by a millisecond in the quarter-mile. However, around a track, these cars would post very similar lap times. The 720S has a lot more horsepower, but it’s not as light as the 675LT making the power to weight ratio pretty well equal.

To answer that question, this is a very special car in McLaren’s history, the first road-legal production longtail of the modern McLaren era. Just like how the first BMW M-car, Mercedes-AMG, or street-legal Porsche RS are worth a pretty penny, so will the LT from a collecting standpoint. However, it might be a little too early to predict the future value of the first street-legal LT. The LT name carries racing pedigree with it – and if it follows anywhere in the same direction of the F1 GTR Longtail, it’s sure to hold its own in the market.

Also the exclusivity and rarity. The 720S is relatively mass-produced with production in the thousands and a production-cycle over many years. This, compared to the 675LT with just 1,000 cars produced between the coupe and spider versions – and in a single year of production. Only about 15 of each landed on Canadian soil. The 720S, just like the 650S, is more of a civilized and refined vehicle. As mentioned earlier in this post, the LT is much more engaging and away more “dialed-in” driving experience.

I remember selling this particular car new back in 2016 to a very good McLaren client in Vancouver. The car was driven very conservatively by a mature business owner. It’s a very clean car, no accidents, and all the routine service was done at McLaren Vancouver.

What makes this car unique is the way that it was optioned. The 675LT is a very capable track weapon, but not the most ideal car for daily use. However, this particular car was optioned in a way to make it daily-usable and has many of the creature comforts of a luxury car, like dual-zone climate control and soft door close. Which makes it very unique in that you could beat this car up on the track and drive it home comfortably. This cannot be said for all 675LTs.

Most notably, it was optioned with the sport seats which are powered, heated, and have a memory function. Most LT’s are optioned with race bucket seats, but the customer who originally spec’ed this car went above and beyond to pay extra to put back in the original 650S seats. It was also optioned with a very exclusive feature for the LT in that both the seat and steering column will move when turning the vehicle on and off, for easier access getting in and out.

The car has every carbon fiber option you can name including the whole front and rear bumper in full carbon. The colour is called Napier Green, and it’s an exclusive colour only offered on the 675LT. The only 675LT coupe optioned with this colour on this side of Canada. 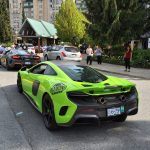 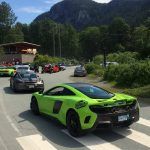 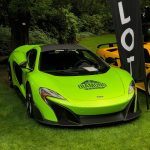 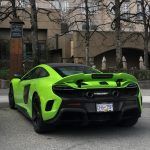 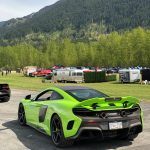 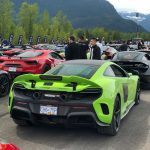