So much more than stripped-down

Channeling your inner Enzo with the 360 Challenge Stradale

What is it, exactly, about road/race Ferraris that make them so special, and so valuable? Pick any point in the marque’s history and you can probably find two cars that are close relations to each other in terms of looks and general technical specification (the 275 GTB and GTB/C come to mind; 430 and Scuderia; more recently, the 488 and Pista) but whose values are separated not by thousands, but by orders of magnitude.

On paper, judged purely as road cars, the competition-based versions are always, well, worse. Take this 2004 360 Challenge Stradale as an example – park it beside the 2002 360 Modena we also have in inventory, you quickly clock its thinner, lighter bodywork, its weave gently showing through the paint. Open the door and you immediately notice the lack of weight and the uncouth “thwack” as you close it behind you. There are no carpets, just some rubber mats glued to the floor, the bonding between the aluminum chassis’ extrusions nakedly visible in the footwells. 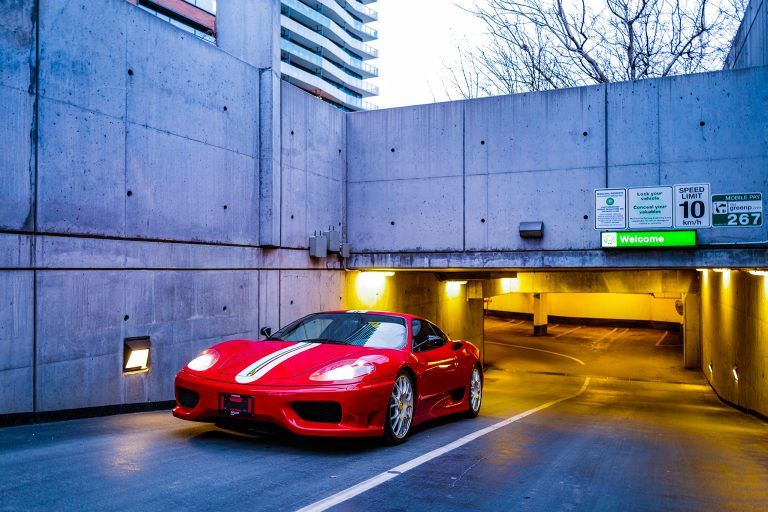 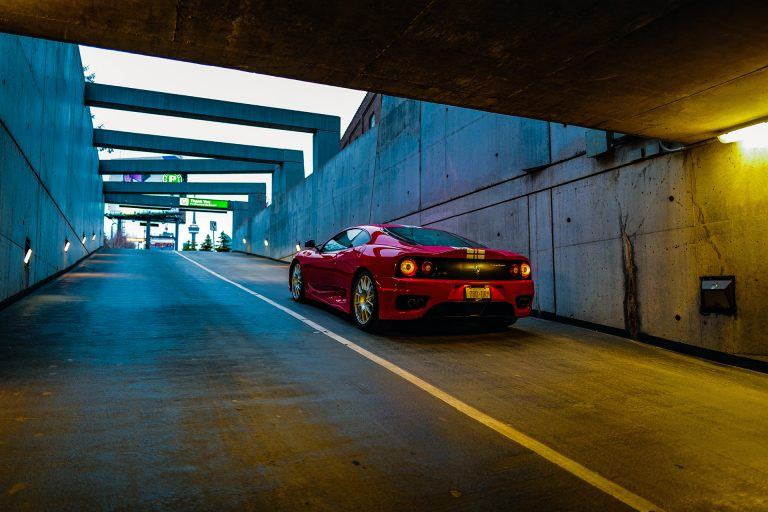 There’s no radio, and on top of that, when you fire up the 3.6-litre V8 into a buzzy, twitchy idle, there’s also no sound insulation. Sitting there, moving the clack-clack manual bucket seat into place, sliding the telescoping steering wheel and watching the dainty carbon mirrors and the lightweight rear glass dance gently in tune with the engine, you wonder…this car is worth double what you’d pay for a nice 360?

And yet, and yet. The first hundred or so metres is all it takes you to be convinced the Challenge Stradale is something really, really different, and really, really special. The single-clutch F1 automated manual gearbox bites immediately as you touch the gas pedal; it doesn’t want to dawdle around. The throttle response, even at lower revs, is electric, unencumbered by the muffling effects and the heft of turbos and a heavy flywheel. The suspension is stiff, of course, with its solid joints, but the damping still shows sophistication; it deals surprisingly well with city-street bumps and poor pavement, even while keeping the low, low body locked down.

It’s that combination of being pared back, but still sophisticated, that defines the Stradale. A lot of stripped-down track specials are just loud and clunky when you peel away all of the insulation and refinement – removing the luxury exposes the flaws. In this car, stripping everything back has the effect of revealing just how good the platform’s fundamentals are – the superb suspension, the beautiful brakes, and the operatic engine – then further improving on them with race-car know-how. Focus solely on the finish of the body or the interior, and the Stradale can look unfinished; but peer past those things and you discover mechanics honed and polished to absolute perfection. 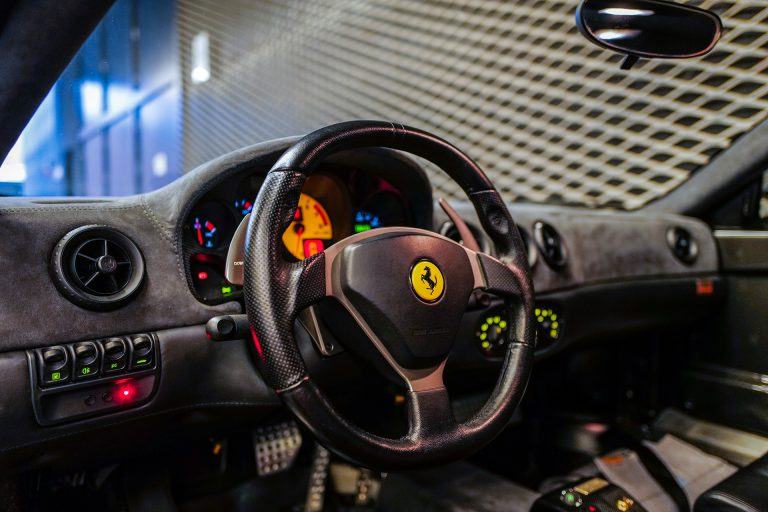 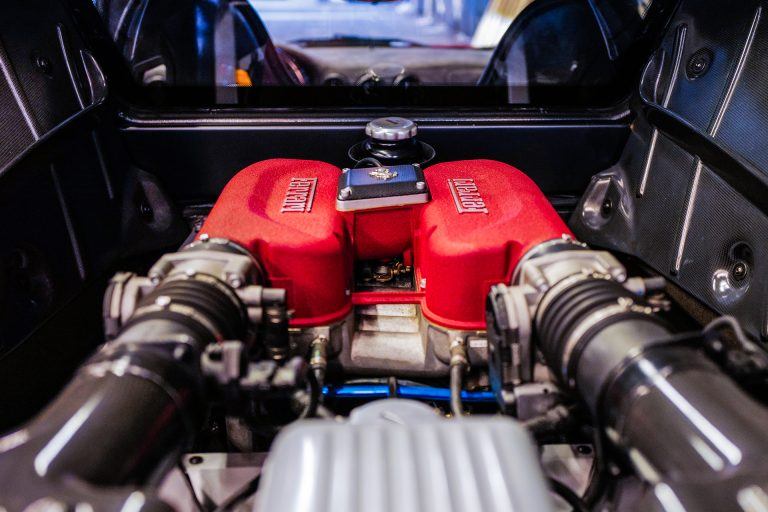 Making 420 horsepower, the Stradale’s 3.6-litre V8 represents only a small 20-hp bump over the smooth, similarly-configured five-valver in the Modena, but the way it delivers that extra power is so different. Always buzzing even at low revs – with plenty of torque to move it smartly around town – it comes alive in a way few cars do as the revs climb past 5,000, with peak power arriving at a soaring 8,500 rpm, accompanied by an eight-cylinder aria impossible to describe but even more impossible to forget. The F1 gearbox – unlike the Modena, no manual was available – requires a bit of finesse around town, but gets better the harder you drive it, cracking off aggressive upshifts and perfect downshifts while you lean hard on the big ceramic brakes and work the perfectly-weighted hydraulically-assisted steering.

In every response, in every motion, the Stradale feels like a race car – the controls have zero slack and you can tell there’s no rubber between you and the action. It changes lanes and scythes around curves telepathically; your eyes identify where you want to be, your hands and feet move in sync, and you’re there, arriving on a big bed of noise and drama. Importantly, despite all this, you never feel that the car’s going to bite. Even on cold tires on a relatively cold spring day, the Stradale stuck hard enough that it never troubled its somewhat-antiquated traction control system (you’ll want to turn it off anyway), and inspired terrific confidence thanks to its upright seating position, thin pillars, and terrific visibility. 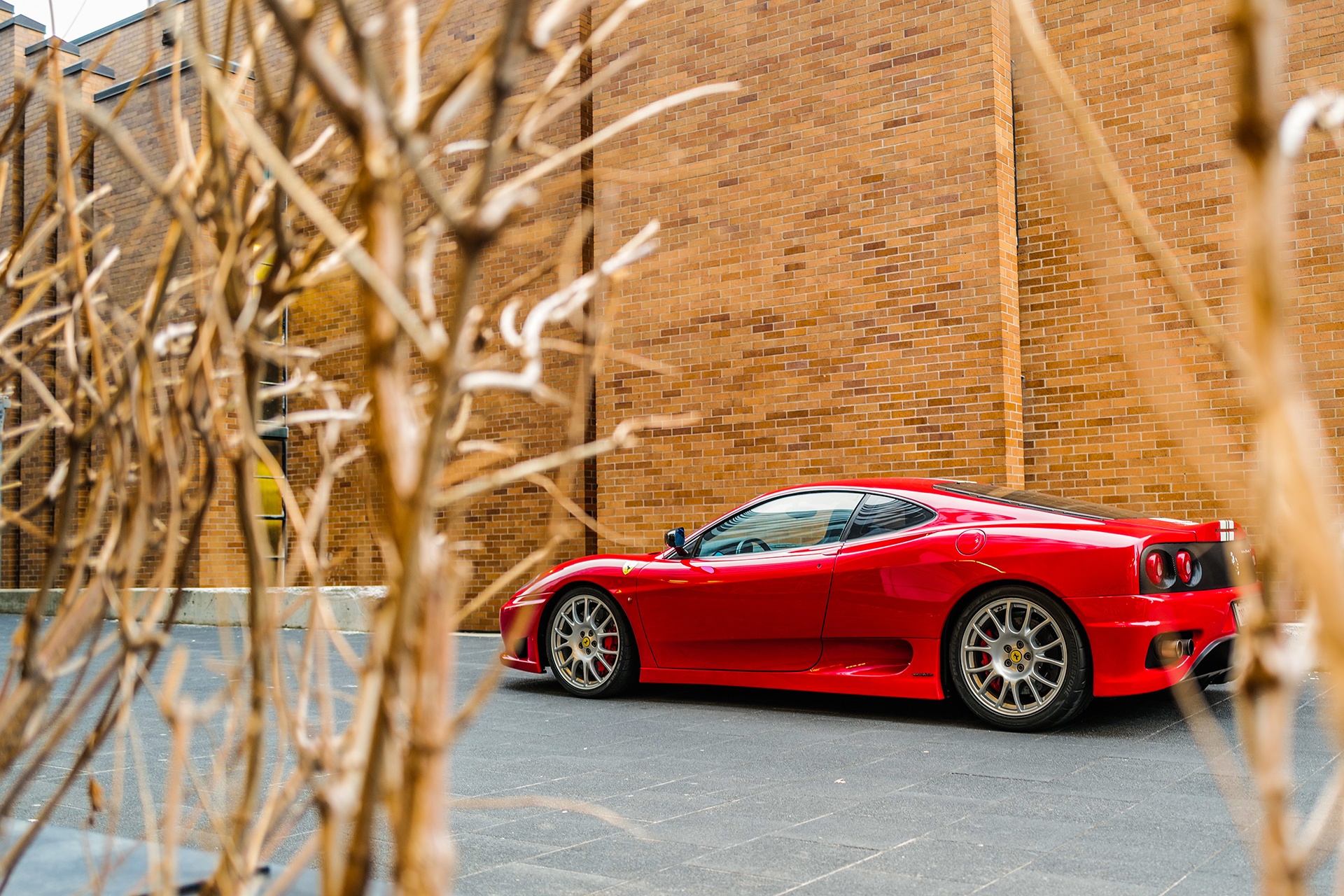 Throughout every interaction with the Stradale, it’s the polish of the machine you’re working with that shines (metaphorically) through – despite the blocky dash design, the dimly-lit instruments, the goofy climate controls and the funky switchgear. Compared to a 360 Modena, it may look rougher around the edges, but to drive, it exhibits an entirely different level of mechanical precision, aggression, and sophistication.

Enzo Ferrari was famous for being passionate about racing first, everything else second; he built road cars to fund his racing efforts. One almost sensed some resentment at having to layer on the luxury and refinement to justify for customers the high prices he was charging for mechanical perfection. What he cared about was the performance, the handling, the drama – and nothing else.

And that’s why cars like this are revered so much more than their softer, more “complete” relatives: because they raise your pulse the moment you pull out of your parking spot; because they make even the most mundane commute an event; because they are the purest channel for Enzo’s spirit and passion and history into your own.