It’s hard to believe that McLaren is about crest the 10-year mark – the first 12Cs were delivered in 2011, introducing the world to a new supercar brand, and one that’s definitely left a major mark on the industry. Amazingly, my counterpart Ed Wang and I both got a dose of MP4-12C over the last month – and not by design, giving us the opportunity to take a look back at this landmark automobile and consider its place in supercar history.

Ed spent a month out west between Pfaff Reserve Vancouver and Calgary and took an extended drive in a Volcano Orange MP4-12C Coupe from Calgary to the spectacular Area 27 racetrack in Oliver, BC, for our track day. During his drive, I would receive random texts and could feel his excitement about the car. Of course, I knew the car was amazing, but in our world, we’re inundated with supercars daily so sometimes you just forget how good a car is – or in this case, how special a car is.

Fast forward to a week ago, and we ended up taking in a beautiful McLaren Orange MP4-12C on trade on a 720S Spider. I was so excited that I immediately bolted a dealer plate to it and said, “I’m spending a couple of days in this.”

Taking in the lines of the 12c, you can see the influence of CAD design. Penned by Frank Stephenson, the 12C is truly rational in its approach – there are no theatrics, just good ole function!  At the time, I must admit, the car looked a little soft compared to its peers, but the performance figures and engineering of the 12C was a game-changer. It was the first car in its segment to offer a full carbon tub; ProActive Chassis Control gave it one of the widest personalities ever in terms of handling and ride comfort; and Brake Steer helps to bring the front end in under hard cornering. All these technologies were a direct take from previous McLaren Formula 1 cars, adapted for the road.

Sit in the cockpit, bring the flat-plane crank V8 to life, and you hear a very low, bass-filled idle from the exhaust. It’s completely the opposite sound of any other supercar in its segment, and the sound has aged so beautifully; there’s such a signature to it and I can personally make out that sound from anywhere.

That night, I was hosting a BBQ, so the run around began. First things first, I had to grab the meat, which is down near Ossington and Bloor – descending into the city with the suspension in normal mode, the 12C absorbs everything from the ground beneath it. The fluidness of the ProActive chassis is truly amazing and works so well all these years later. Leaving the car in Auto mode is also a treat, as the car lazes around the city with poise and purpose; there is something about the 12C that makes living the supercar life easy.

Park out on Bloor, pop open the dihedral door, and watch passers-by admire the supercarness of it. Burger –Check!

On to grab the beer. Of course, now we were able to exploit the functionality of the 12C. Two cases easily fit in the front trunk with a little room to spare. God, how I love dropping a case a beer in the front of a supercar!

Later that evening with our tummies full, we took to the garage to go over McLaren’s very first world-homologated supercar. Ed and I compared notes of his experience on track and my experience around the city, and one word kept coming into play – honest. There is something so true about the 12c, from the way it looks to the way it drives, and the way it hustles. We pore over the details, the trials and tribulations of the first cars to the last cars, and everything in between.  Ed’s car out in BC was an MTC-built car with the VIN in the 200’s; the McLaren Orange 12C I had here in Toronto was produced towards the end of 2012, and one of the last to have the signature swipe door, which to this day works every time.

Today the 12C represents amazing value when compared to an F430 or Gallardo of the time, and just I cannot see myself dealing with a single clutch transmission in comparison for around the same money. Of course, I’ll hear the argument that the 458 was its true competitor, but the 458 stands on its own – specifically for being the last naturally-aspirated V8 mid-engine Ferrari. Drive them back to back, and I’ll take the bet any day that the 12C feels better-built, has a more refined drivetrain, and overall better performance. 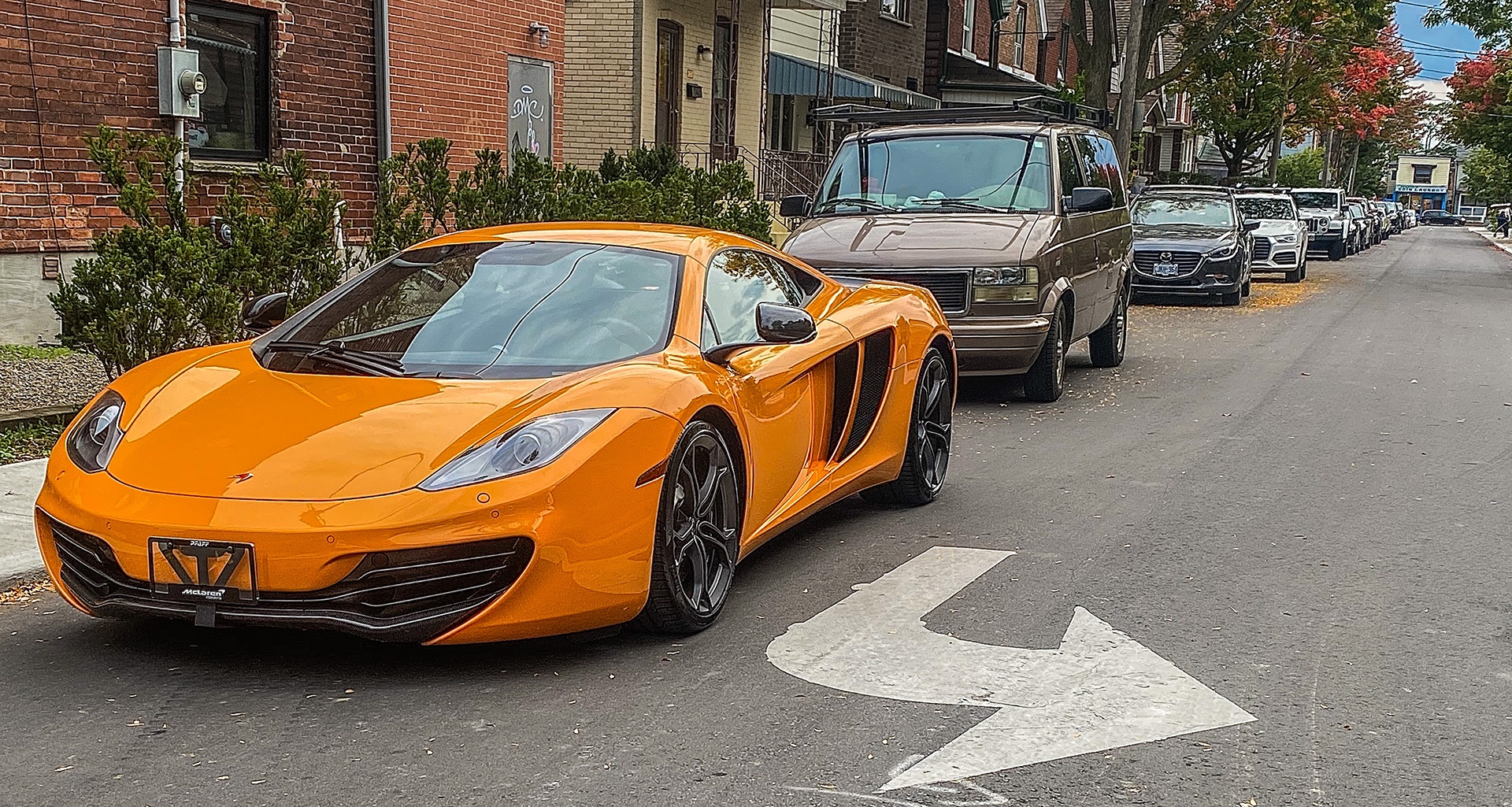 Through our Reserve and McLaren channels, we currently have three great examples of the 12C available. A McLaren Certified Pre-Owned Warranty is still available as well, which makes owning them easy and worry-free. An amazing supercar for under 150k!